You are here: Home / The Paradise Blog / Is It Safe To Buy A Foreclosure? 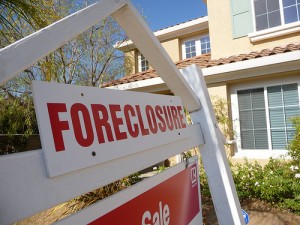 This article first appeared on Bankrate.com and was written By Holden Lewis.

It’s safe to buy a previously foreclosed-upon house if title insurance is available on it, experts say. The “robosigning” scandal — in which banks and law firms cut corners on foreclosure paperwork — caused some lenders to suspend their foreclosure cases this fall while they reviewed their procedures.

What would happen to the buyer of a foreclosed house if the home previously had been wrongly repossessed? As long as the new lender and new owner have title insurance, the former owner can’t seize the home back. The new owner will keep the house, and the displaced former owner might be compensated with money.

“To the extent that a borrower who was foreclosed upon has recourse, it’s against the foreclosing lender, and they can seek monetary damages. But the property’s gone,” says Mark Skilling, chief operating officer and general counsel for ForeclosureRadar, an online foreclosure data marketplace based in northern California. “The current owner who got title insurance — they get to keep the property. They’re a good-faith purchaser,” Skilling says.

That’s welcome news for homebuyers who rummage through the bargain bin of foreclosed houses.
Few consumers buy houses at foreclosure auctions. More commonly, consumers buy foreclosed properties from the banks that seized them.

The term for such houses is REO, for real estate owned — as in, “real estate owned” by a bank. Some real estate agents specialize in selling REO properties. A good share of REO houses are decrepit. Many sit empty for months before they are sold, and they end up in such bad shape that they are ineligible for mortgages. Investors often buy these REOs with cash, fix them up and sell them, just like the house flippers of the boom years. Whether bought from the bank or from a flipper, almost all REOs are listed through real estate agents.

Armando Montelongo, host of “Flip This House” on the A&E network, says certain phrases in the listing — such as “completely rehabbed” or “newly remodeled” — are signs that the dwelling was a foreclosure, and is now in good-enough shape to be eligible for a home loan. “It’s the benefit of buying an REO from somebody who flips properties, versus buying an REO straight from the bank,” says Montelongo, who lives in San Antonio.

However the foreclosed house ends up in a buyer’s hands, issues that lurk in the property’s past could “cloud title” — cast uncertainty on the buyer’s ownership rights. Title insurance protects against such defects in the title, such as undiscovered liens, forged signatures or defects in documentation.

There are two types of title policies. Lender’s policies protect lenders and owner’s policies protect owners. Mortgage lenders always require lender’s title policies. Owner’s policies are optional, and are recommended for properties that have been through foreclosure.
“From the consumer’s perspective, I don’t think they have a lot to fear as long as they’re able to purchase title insurance on an REO property,” says Ivan Choi, national default sales executive for New Vista Asset Management based in San Diego. “By and large, the title companies are still out offering policies.”

There have been reports that title insurers have refused to issue policies on some homes foreclosed by lenders involved in the robosigning scandal. Responding to these reports, Fidelity National Financial — the largest mortgage insurance company — issued a statement that “this situation will not have a material adverse impact on its title business.” The statement said “new owners and their lenders would have the rights of good-faith purchasers which should not be affected by potential defects in documentation.”
Those “good-faith purchasers” won’t be kicked out of their houses, Skilling says. He adds that Fidelity’s message is that “they’re still going to underwrite on REO properties.”

As agents on the Emerald Coast, my partner Lisa Norton and I, have experienced many of things with our buyers that is described in this article. We sell many foreclosed properties. If you are interested in investing in our area, please give us a call. 850-496-2150

Join Me Weekly For “Real Estate Over Breakfast”!

My weekly Youtube series delievered to your inbox that covers awesome real estate topics in short videos. Perfect for Buyers or Sellers!

No Spam. Ever. Promise!

Sign up for our monthly “Life at the Beach” newsletter that is packed full of goodies like Market Stats, Real Estate news, and much more!

My weekly Youtube series delievered to your inbox that covers awesome real estate topics in short videos. Perfect for Buyers or Sellers!